Ola Amigos, Bom Dia y’all. The sunshine is back with abundance on the lovely Algarve. We should be way into Spain by now but are massively behind schedule as their weather has taken a turn for the worse and we are reluctant to leave the sun behind. It’s even snowing in Morocco apparently. The irony of global warming?!

I keep telling you about all our lovely experiences so now I’m going to spill the beans about a rather nasty one. We had parked overnight at an Aire (parking area dedicated to Motorhomes) in Olhão Town as we were waiting for a space on the busy campsite. It has been unusually manic due to the influx of travellers arriving from Spain due to the cold weather. It suited us anyway as it was in a great spot by the side of the sea. All was hunky dory until the night before last. It’s carnival time in the area so the bars were full and there were lots of drunken folk around. At around midnight, I awoke to bedlam outside. I couldn’t make up my mind whether it was the sound of fireworks being let off or shots being fired but it was scarily close . There was a lot of shouting and next thing, a very loud bang and the van shuddered as if it had been hit. I was half asleep, it all went quiet and I convinced myself it was nothing. In the morning I opened the door and checked the van which all appeared ok. A french guy across the way had not been so lucky. His van had been quite badly damaged. We were rushing about as Dylan needed to get to the vets by 11am and it was only when we got back that we discovered this, previously hidden behind the open door.

It was sickening to say the least. We had been targeted by vandals, possibly part of a gang who don’t like the English or the French. The Portuguese vans were left untouched. If we had only parked in the middle of the Carpark, housing around 80 other Motorhomes, we would have been shielded. Unfortunately we had stayed on the very outside as it was better for walking the dog. Big mistake. The next afternoon was spent at The Police Station. The Police were very helpful and gave us a written report. Thanks to Chief Jorge Felix. We then had to bugger about ringing and emailing our Insurance Company, not easy when you’re out of UK. Anyway, expensive lesson learned. Fellow travellers be warned!

So, we followed Tony, Marion and Maggs up to Camping Olhão. We needed electricity anyway to charge everything up and we were all in need of a proper hot shower. Had a day or two mucking out the van and doing laundry. I never thought I’d look forward to seeing a washing machine so much! Mark has just about got over the van trauma but it’s taken copious amounts of alcohol. Touched my (naturally blonde) roots up and trimmed my fringe so I can now see.

It’s a bit wonky as I only ever dare snip it after wine, but, as they say back in Derbyshire, it’ll be reet.

The campsite is on the edge of the Ria Formosa National Park. Great for birdwatching at sunset. Maggs’ evening nature walks are very funny but I wish she’d find a bar that was actually bloody open! Speaking of bars, the one on site has a great atmosphere and for 1 Euro, you get an enormous glass of good quality wine. My kind of glasses!! They take around half a bottle. Big enough even for Cheryl Rogers!

It’s a short cycle ride into town so we get reacquainted with the Bromptons. It’s so pleasant to ride along the working harbour and then the lines of tour boats and water taxis. We are addicted to the Galeo Escuro coffees, kind of a rich dark creamy latte. Brunch is usually one of those and a cheese and ham toasty overlooking the sea. Lovely! 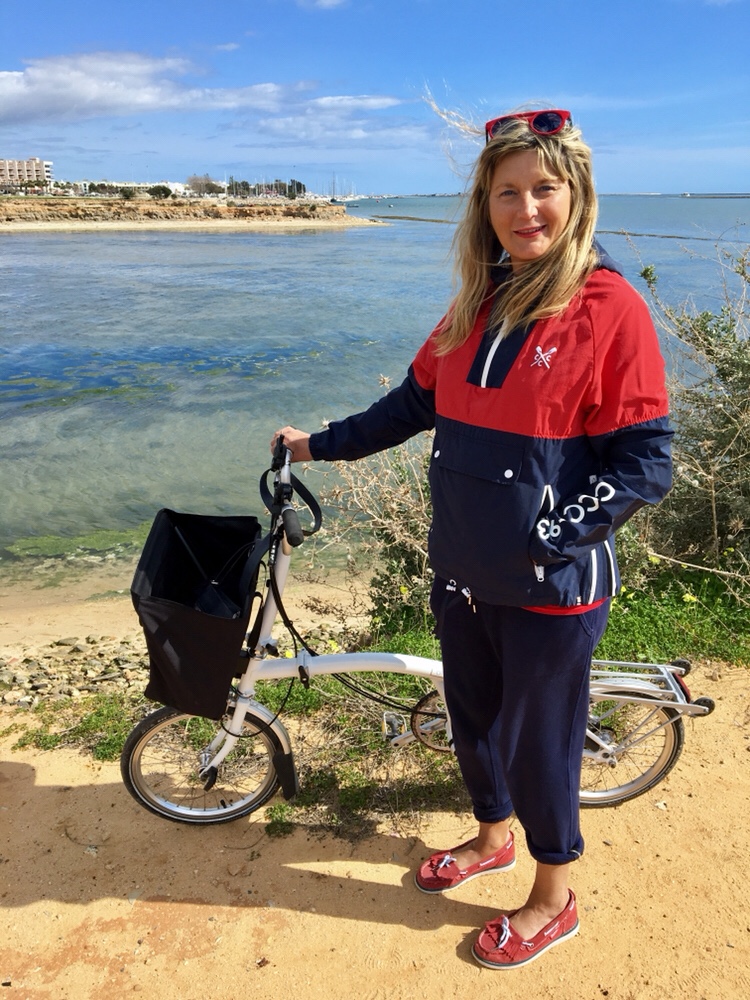 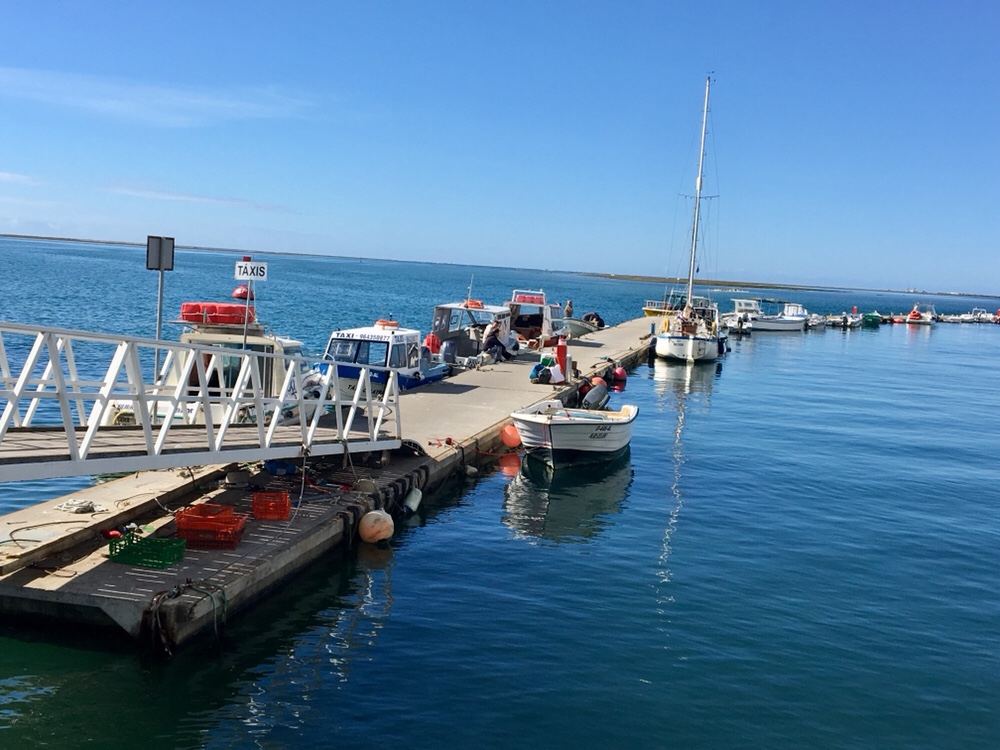 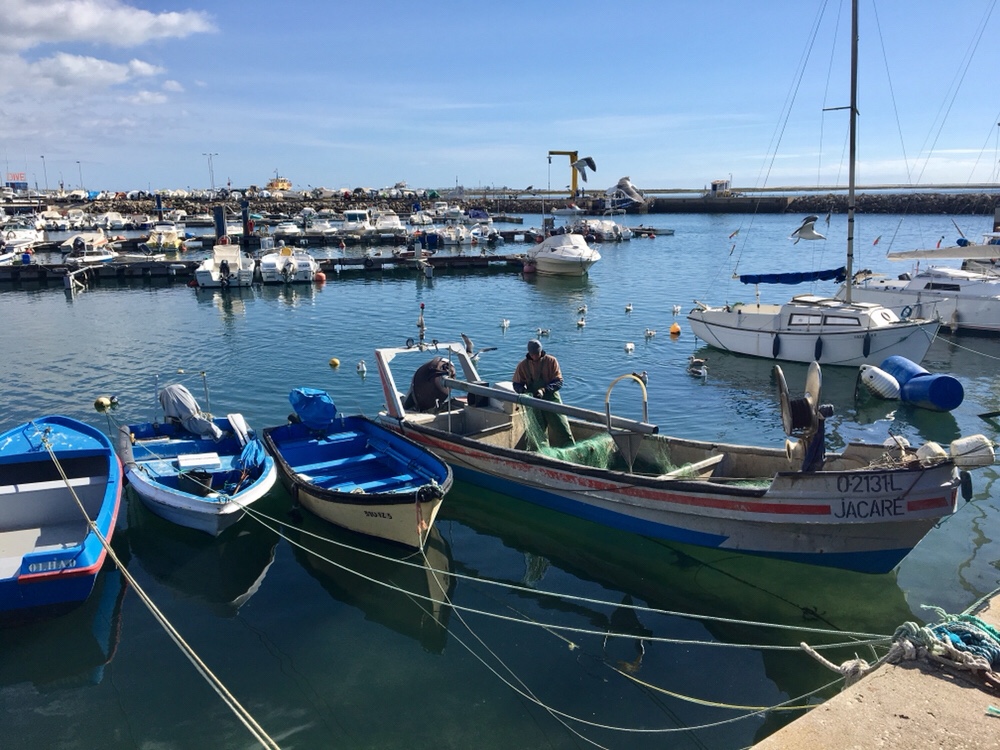 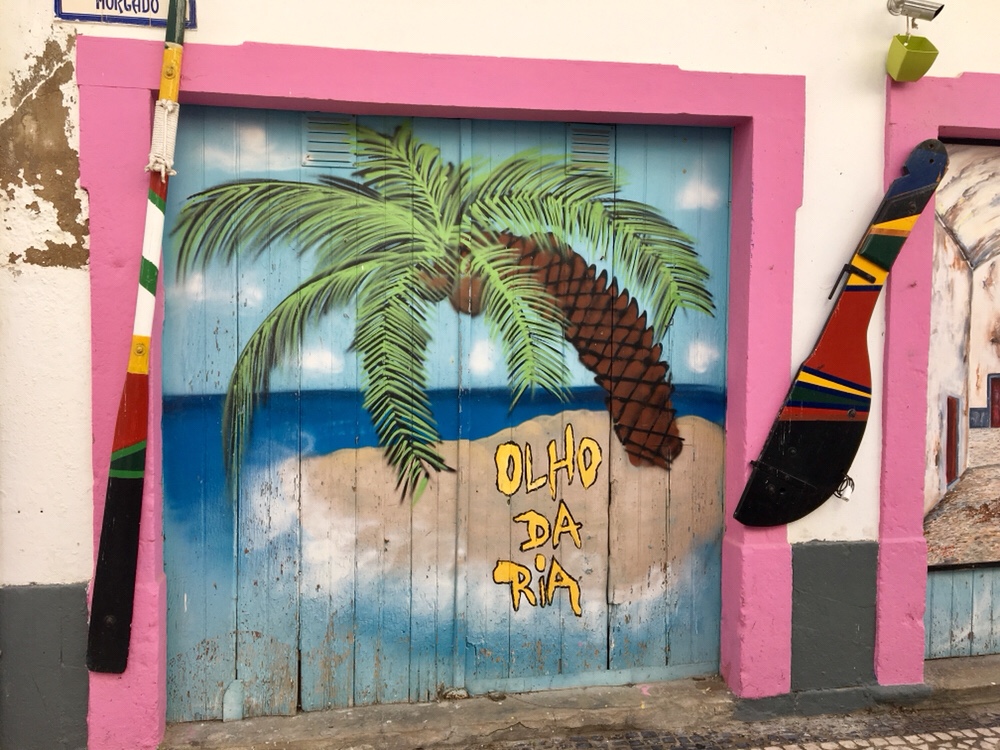 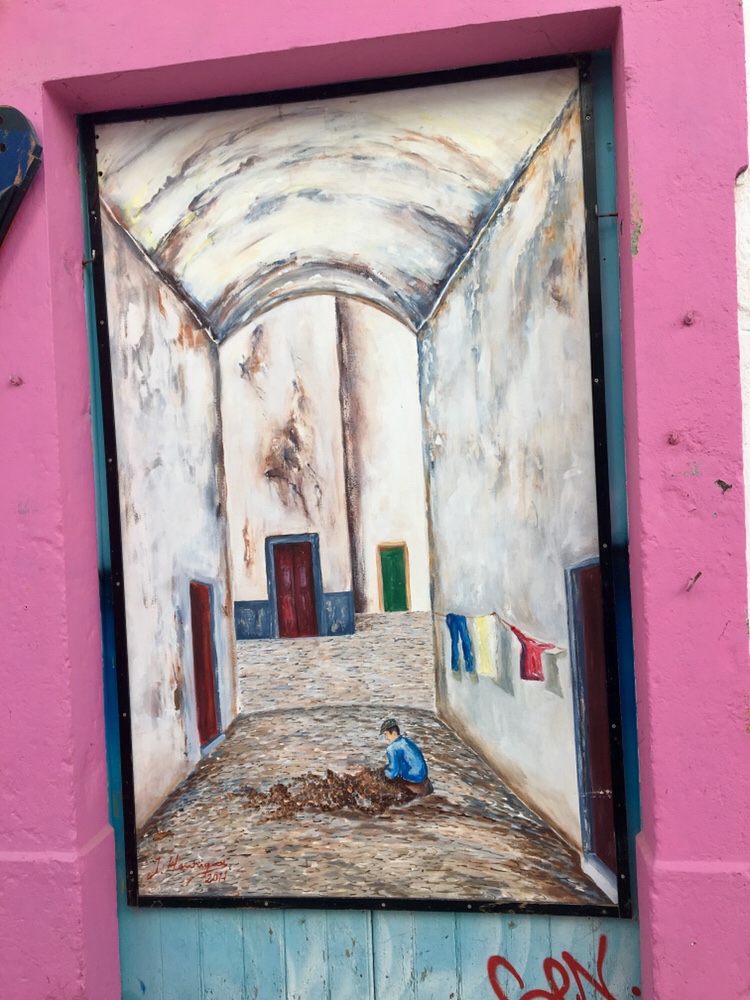 Pancake Day has been re-christened Vancake Day! For Valentines we cooked the biggest steaks I’ve ever seen. As instructed by Matthew Wadsworth Masterchef, I made some butter marinade with parsley, seaweed, garlic, red onion, sea-salt, lemon and of course proper butter. He told me to baste the hell out of them so I did! Delicious! 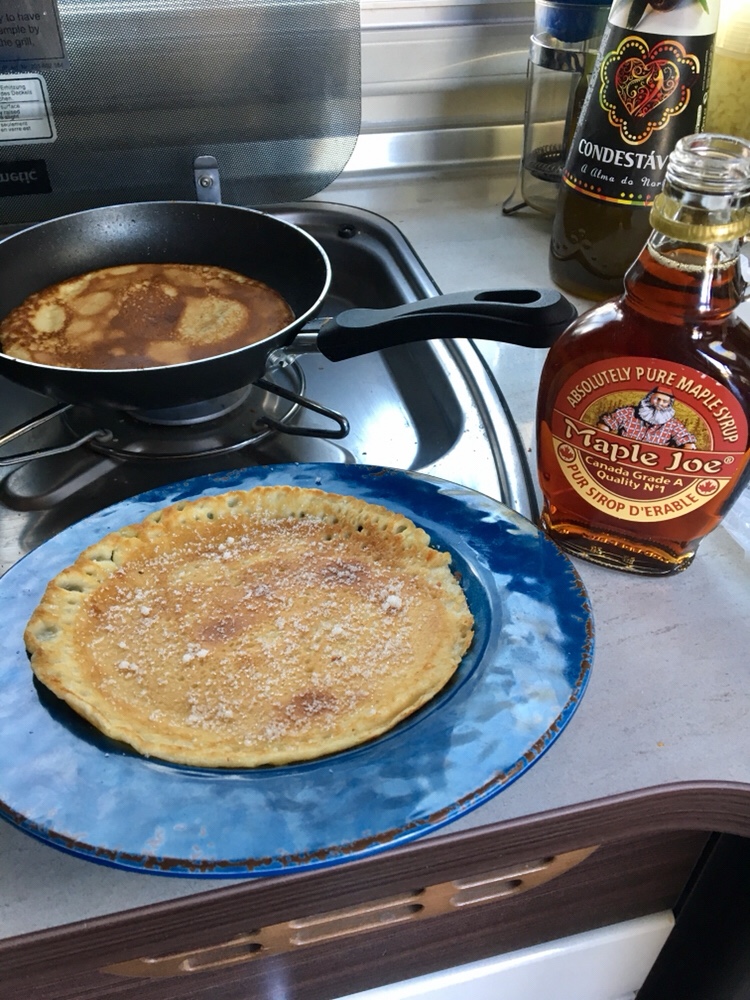 We’ve tried very hard not to let the damage issue cloud our judgement of Olhão but it’s difficult. I have to say with that in mind, I’ve really enjoyed the place , especially the fabulous market, but I won’t be in a rush to return.

We have moved on this morning, some 25 miles closer to the Spanish Border. Staying on a cracking little Motorhome Park next to the beach at Manta Rota. It’s very pretty and has a really nice, laid back feel to it. Our neighbours, Alan and Albert two brothers from London, are very helpful and a bit of a comedy double act. Marion and Tony arrived just after us and took the last space, unfortunately Maggie was unlucky, it’s absolutely packed. Not surprised, it’s gorgeous and the weather forecast looks favourable for the foreseeable. The french bread man comes every morning as does the laundry lady who washes and presses your clothes, all in for a couple of Euros. There is a bar, a couple of restaurants and a good Butcher in the little town. I think I’m going to like it here! I’ve stuck bottle of Prosecco in for sundowners, as you do.