Hello friends, Como esta? We have left a rather grey, cloudy day behind in San Sebastián and driven through some pretty amazing scenery along the coast of Northern Spain before hanging a left and cutting through the middle of the mountains in search of the sunshine. The roads are pretty damn fine around these parts. It’s been a great driving day. The inclines, whilst not my favourite, were very gradual. It got warmer as we got higher, unusually as it’s normally quite the opposite. The sat nav was on good form and guided us straight to our first destination, some 170 miles on, the little town of Torquemada. 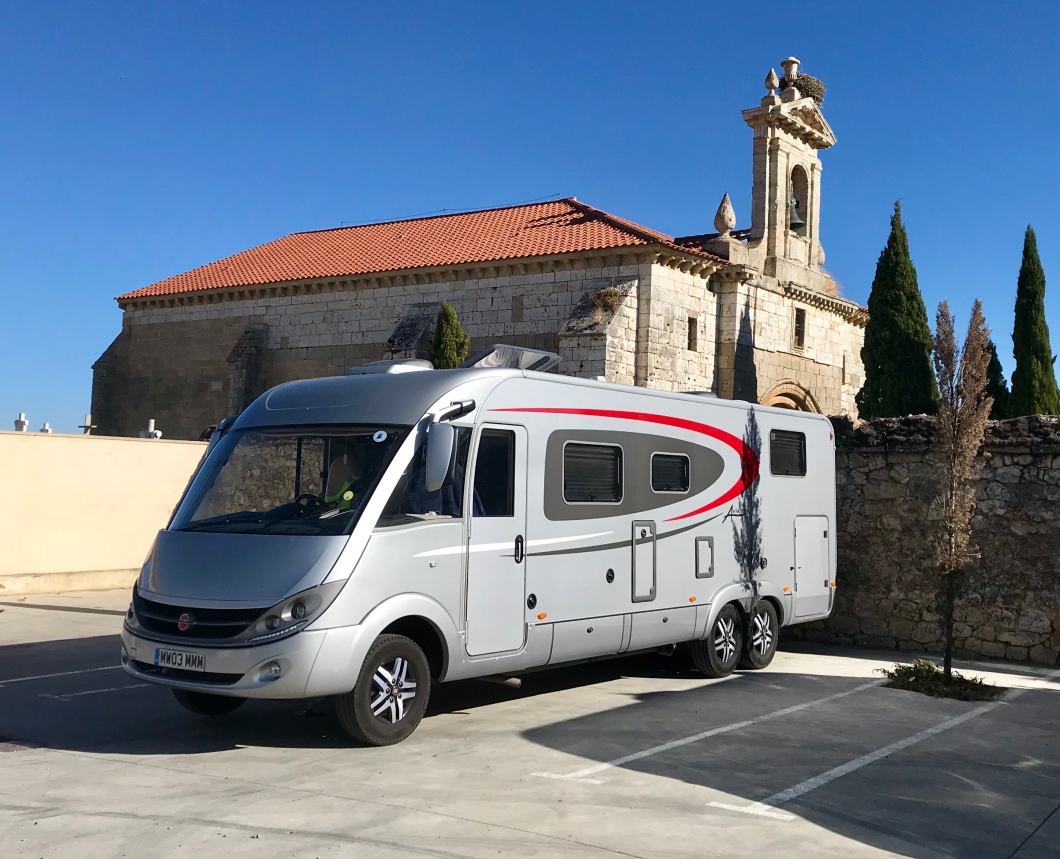 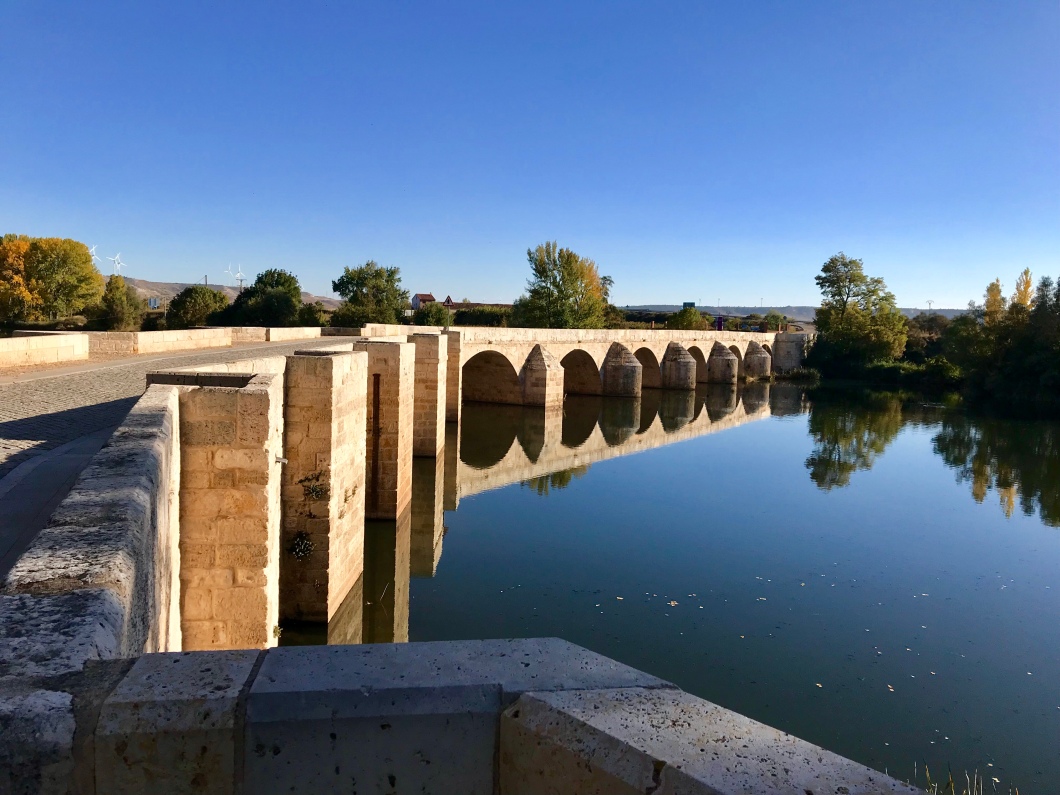 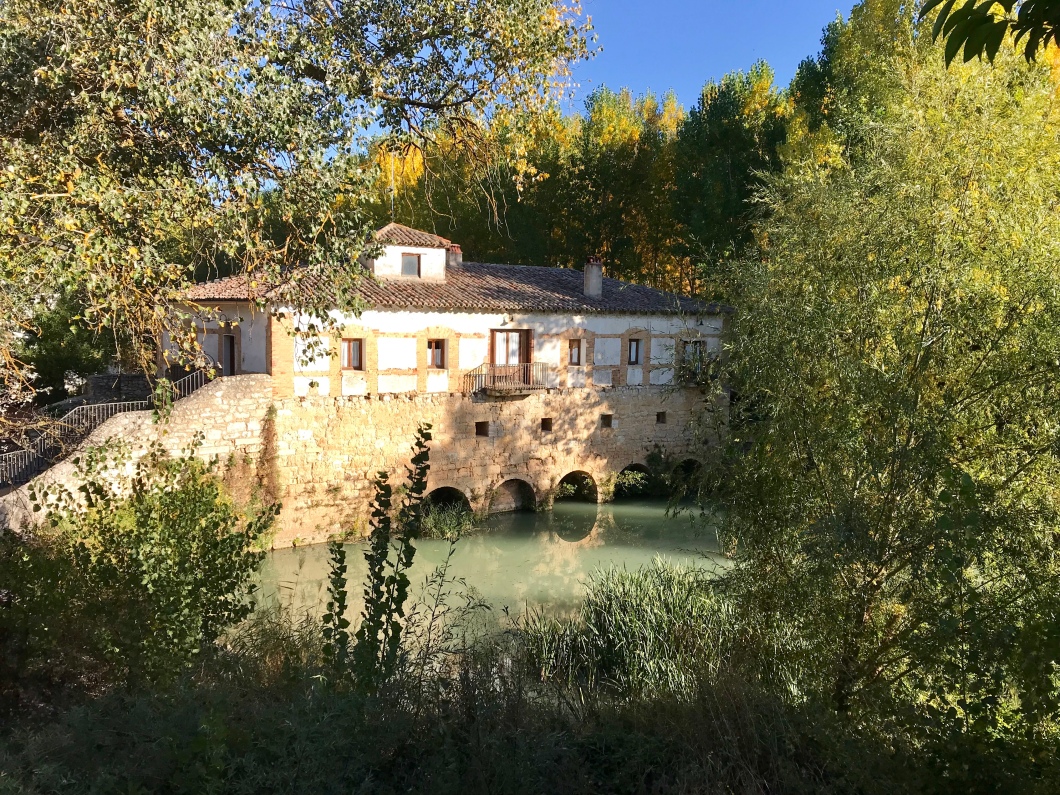 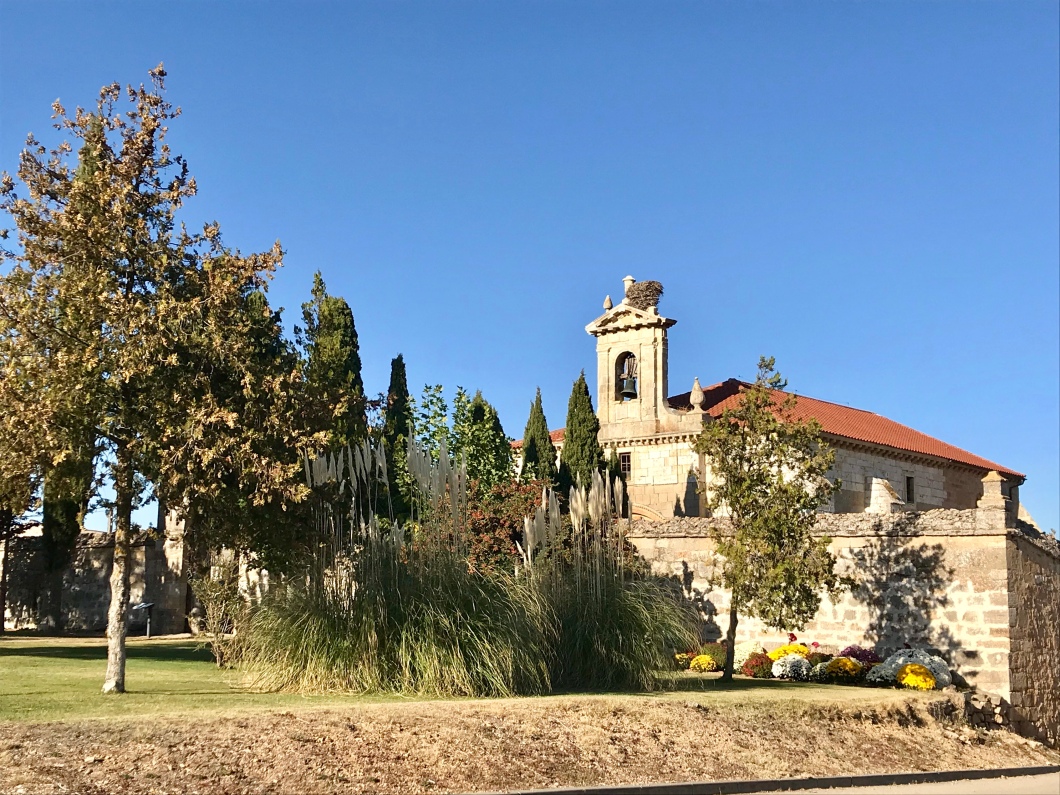 It’s a free Aire with 5 places, 9 meter bays, and has water and waste facilities. What’s not to like?! It’s a super little stop off for a night en route to the south and it’s 27 degrees. I’ll take it! There is a nice river walk, ideal for doggie folk. The town has a couple of cafe bars. We didn’t find anywhere to buy bread but I’m pretty sure there will be a shop, we didn’t venture far. You have to cross over a fairly narrow cobbled bridge to get to the Aire but it’s all good, there are passing places. 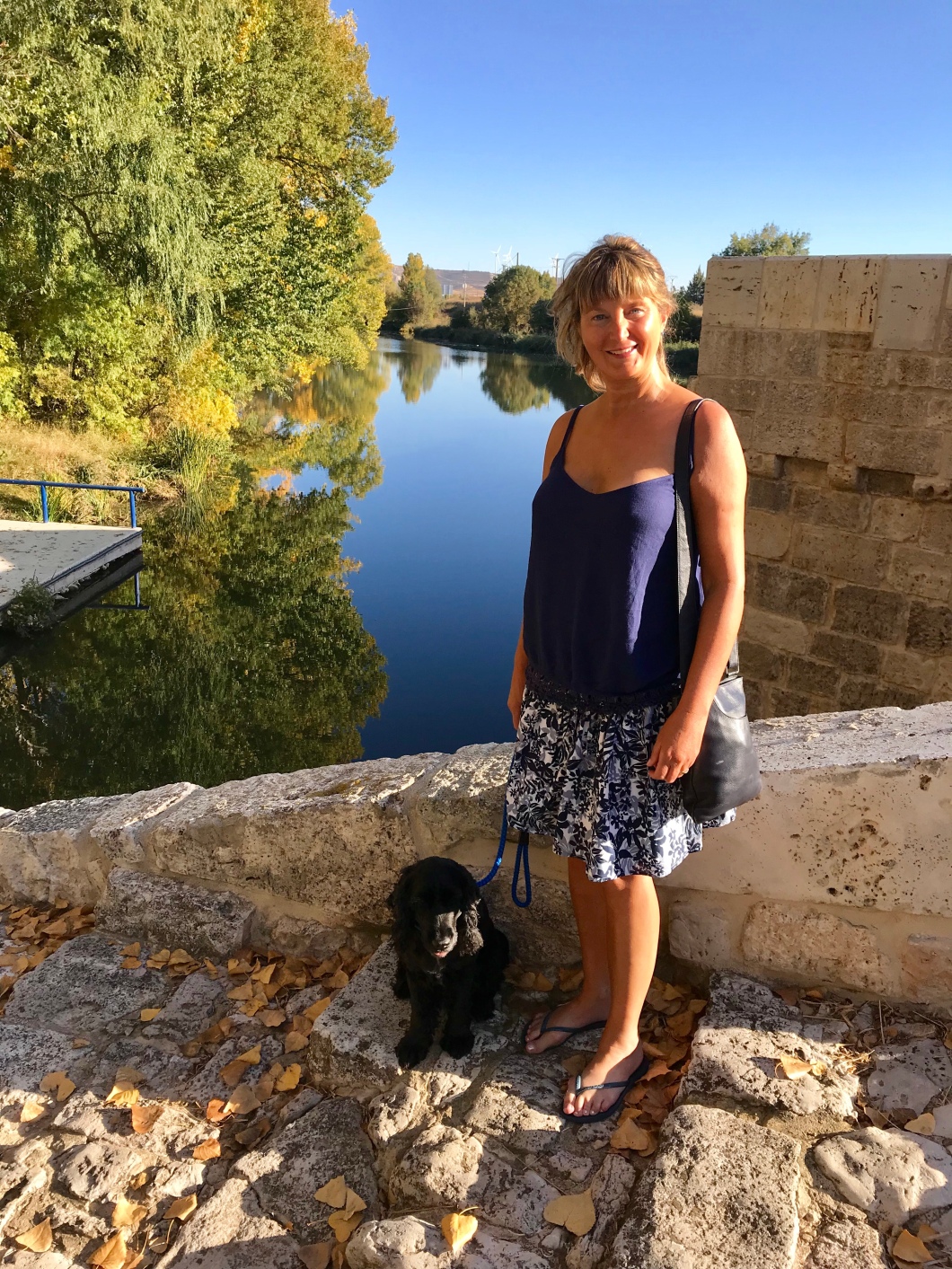 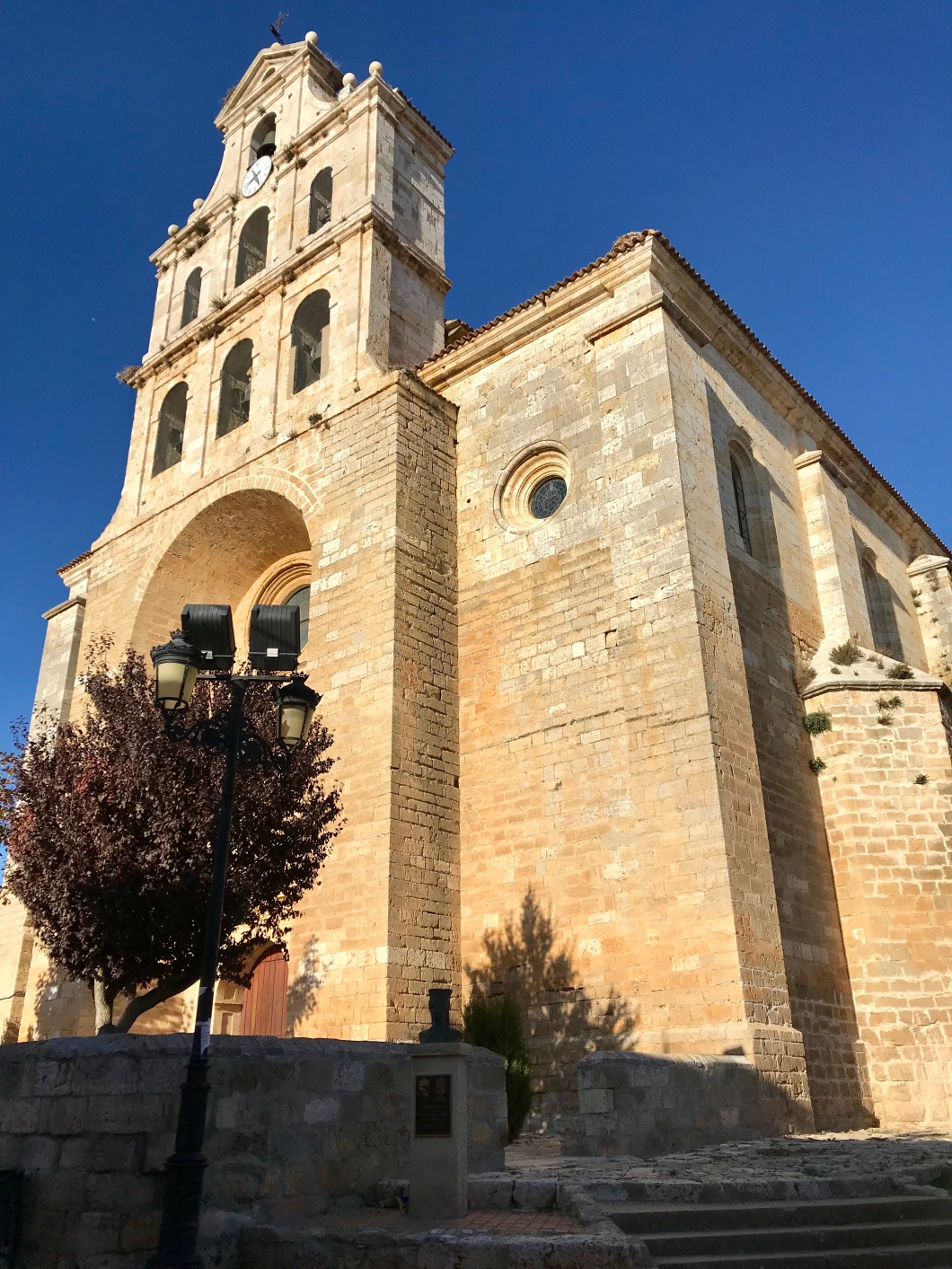 A local Farmer came around in the evening selling a array of Capsicum peppers, all shapes, colours and sizes. A nice touch.

We were up early next morning and off on our way again. Next stop, Tordesillas. Another great driving day. It was a much cooler morning. The forecast was spot on, it said the temperature was going to drop by at least 10 degrees. This town had a bit of a Wild West feel to it. They still have a bull run here. It lies on the River Duero. The long medieval bridge extends over and on the town side, stands the impressive ‘Torro’ statue.

The rather grand Monasterio de Santa Clara stands in the middle of town overlooking the river. It was once a royal palace. It’s known as the Alhambra of Castile. You can visit parts of it for a nominal fee. It’s worth it to see the Banos Arabes or Arab Baths with their Mudejar wall paintings. The Plaza Mayor (Town Square) is a bustling spot with bars and cafes all around. A popular meeting place for the town folk. 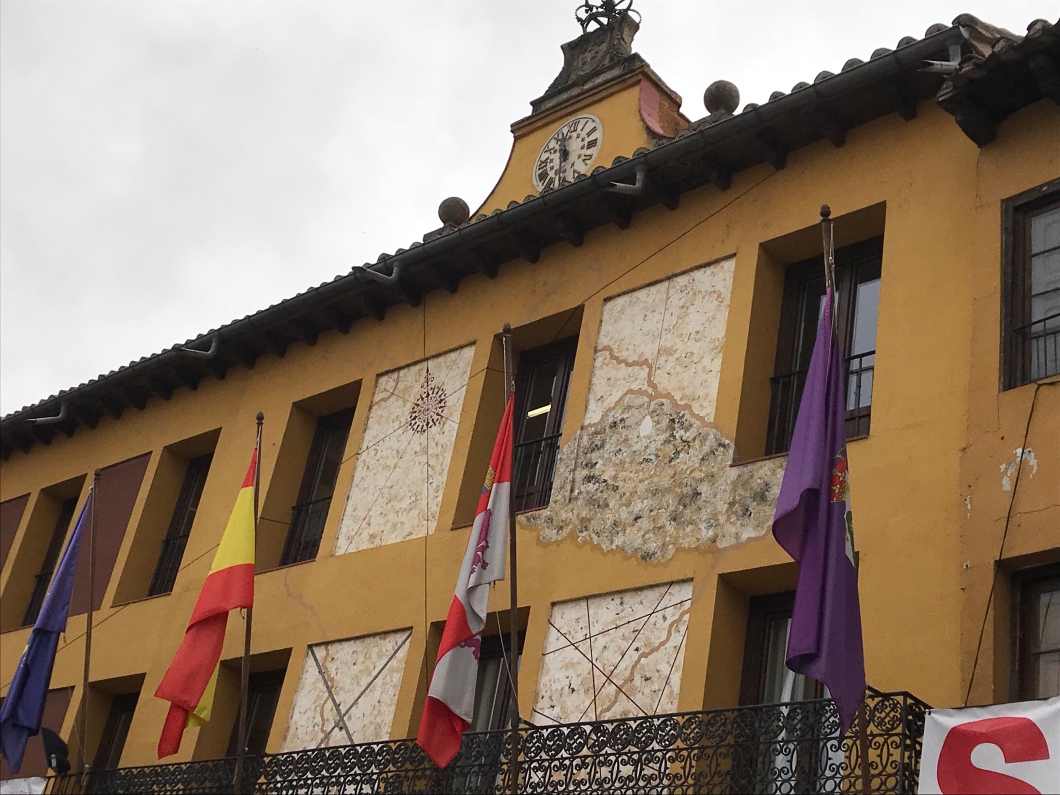 Whilst browsing the little side streets we came across a smashing family run Bodega. We had to sample their lovely Crianza, it would have been rude not to. We stocked up on a 5 litre box and a couple of bottles of the better stuff and headed back to base. We collected some fresh bread, olives and Iberican ham from a nice deli en route for lunch. 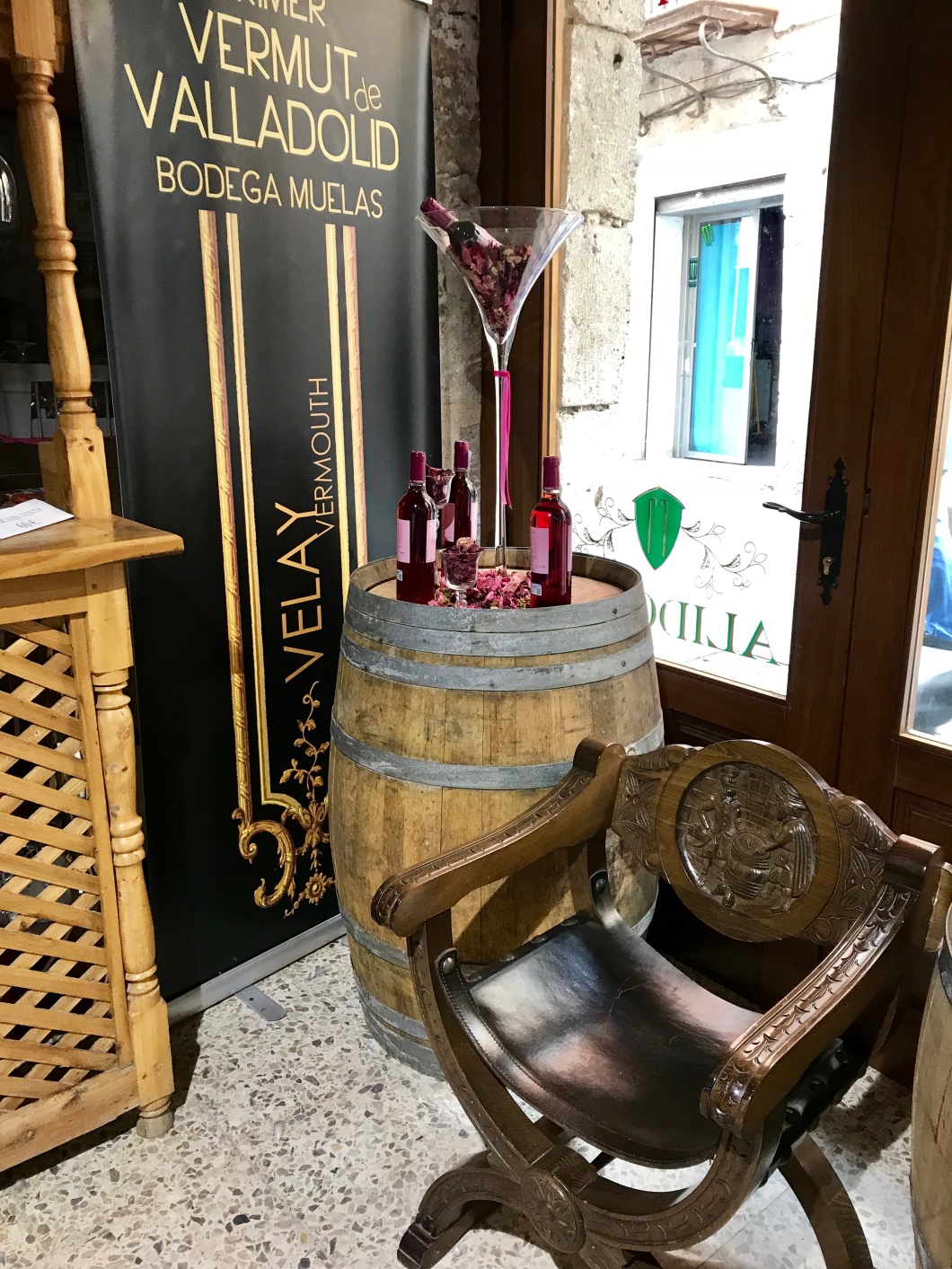 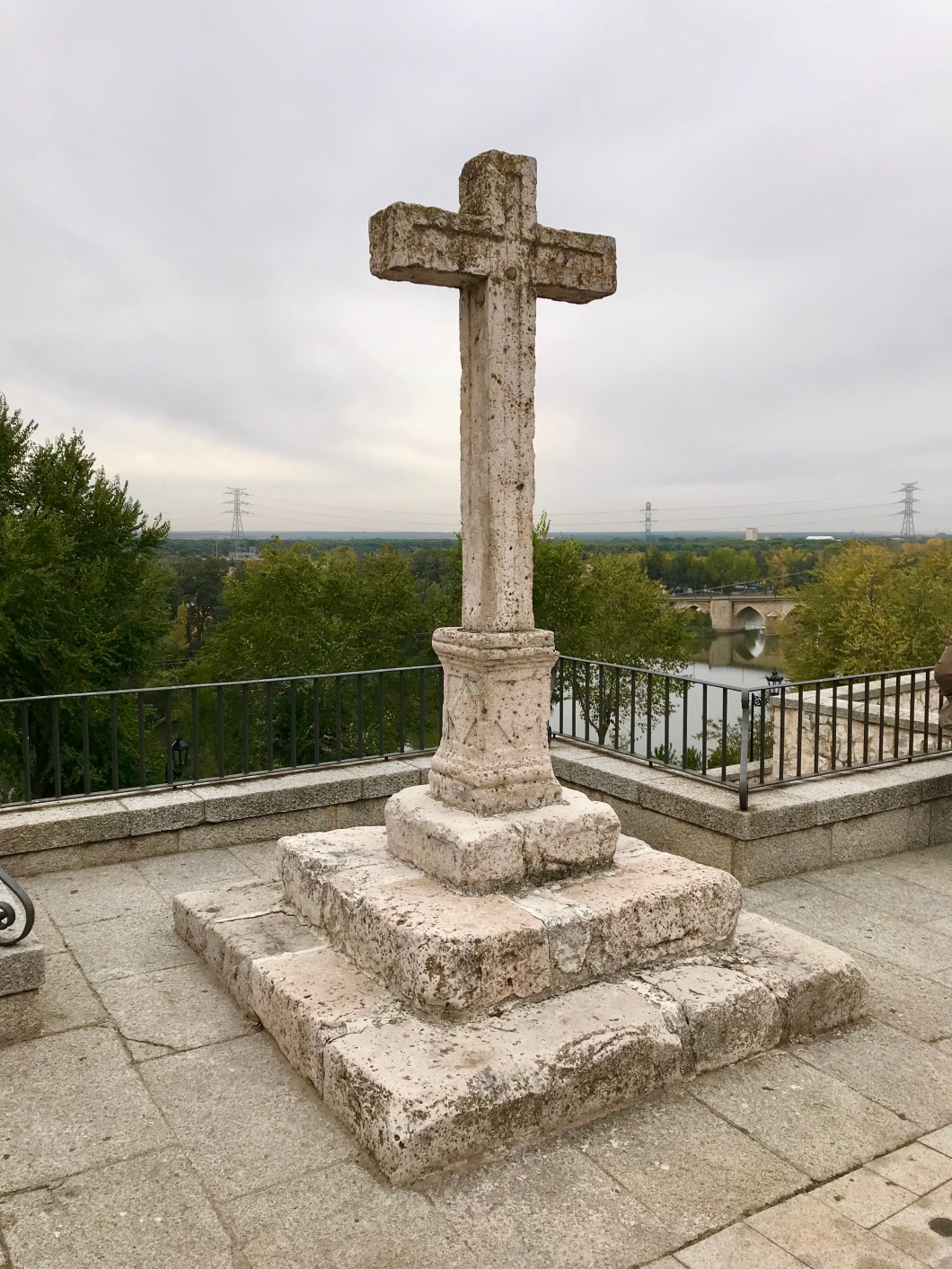 The weather didn’t seem to be warming up any today. Another quick check of the app suggested that it could drop to minus 2 overnight in these parts as the promised Arctic blast made its way through Spain! Are they having a laugh?! It’s warmer than that back in flippin Bakewell!! Armed with that info, we decided to make tracks. We didn’t sign up for any of that nonsense!! So, we’re bound for Salamanca, no time to waste, let’s hit that road!

Adios for now amigos. See you when we get there, hasta luego !🇪🇸