Porto and Vila Cha. Easy like a Sunday Morning

Bom Sia my lovely friends. We are once again back to Sunday and what a quick week it’s been. I enjoyed a wee lie in today in view of slight Prosecco head. That’s the problem with that bubbly stuff, once you cork it, you have to finish the bottle or it goes flat, right? I do hate waste! Anyway I don’t intend doing much today except a long beach walk and catching up by phone/FaceTime with the family as has become a Sunday ritual. Having my toast and honey (the Portuguese make the most amazing black honey, it’s delicious. Another market staple). Boy is finishing last night’s Gnocchi. Wrong on so many levels and the smell of garlic is making me gag.

It was good last night though!!

There’s a lovely little beach bar in the dunes which claims to serve the best Clam Chowder on the Algarve. Will be taking a lazy lunch there later.

I won’t bore you all with more pics of the same beach. Suffice it to say, the sky is blue and the sea is a beautiful shade of turquoise. Standard. Instead, I’m going to rewind to our first destination when we arrived in Portugal. It might inspire our fellow travellers.

We came into Portugal from the north after visiting Santiago de Compostela in Spain. Note previous post to avoid issues with the tolls! You must register for the electronic one at the border. Our first stop was a place called Vila Cha. We arrived on the Parque de Campisimo de Vila Cha, an ACSI site which took at bit of finding (and a lot of praying, the roads in are narrow and cobbled!). The little village has a few bars and shops and a really lovely beach. We were surprised to be sited a few vans up from Henry and Liz (who go by the name of the Travelling Wibbillies!!), whom we had met previously at A Caruna in Spain. It was great to catch up. They introduced us to Jo and Karina and Bruce and Maria, a great bunch all doing the same thing as us. We had a couple of raucous nights in the bar and some stonking port induced hangovers!! 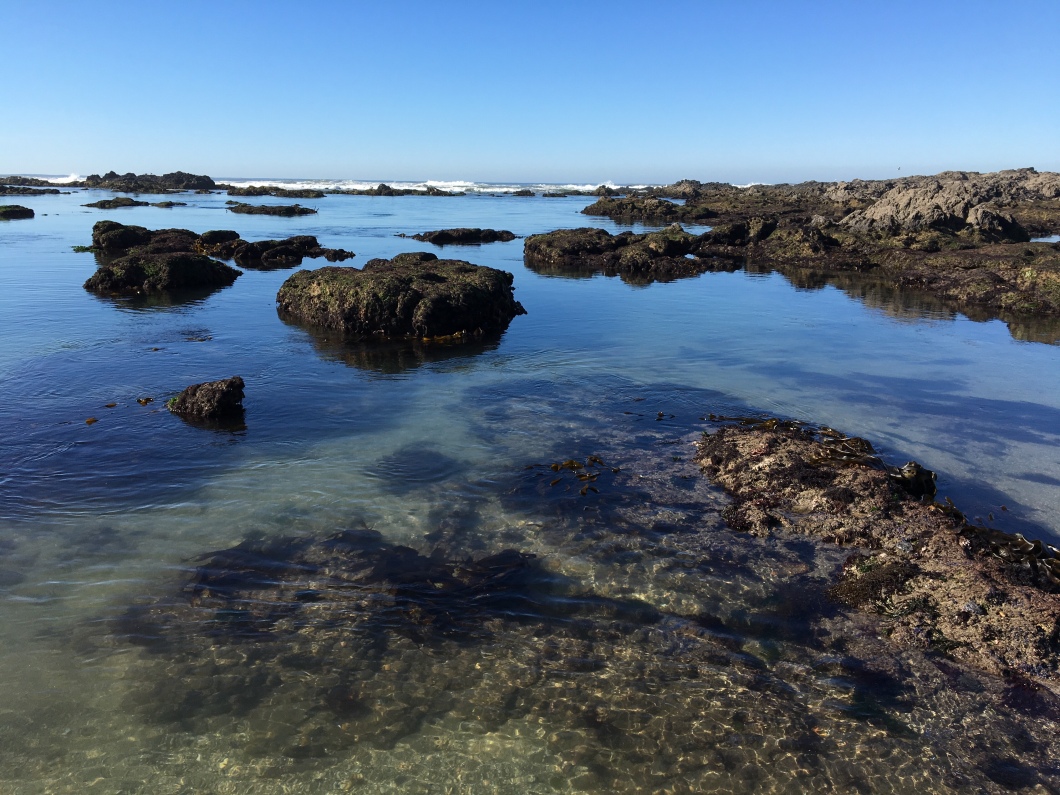 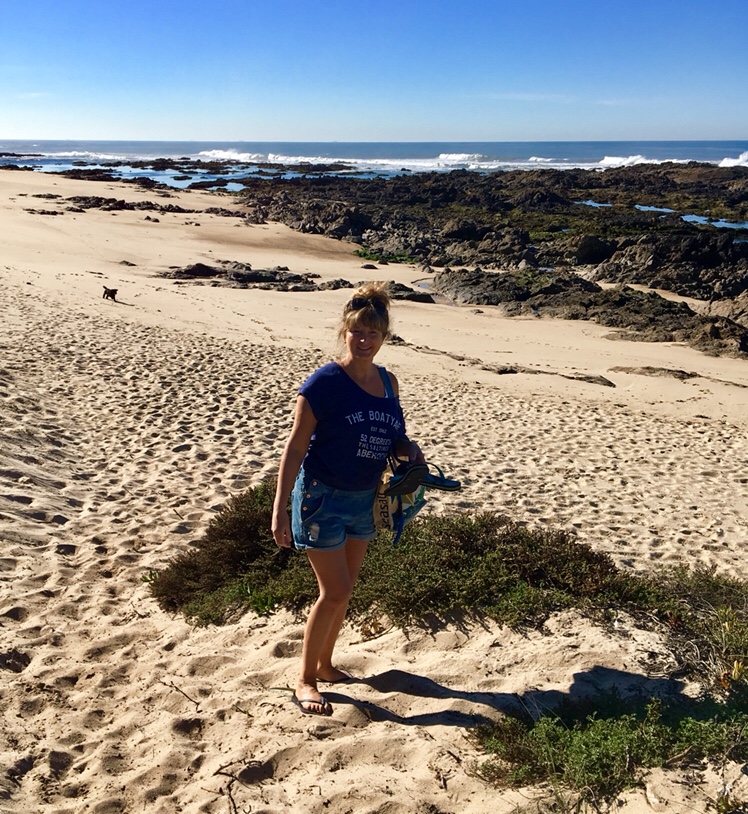 From the site we were told it was very easy to visit Porto. This City simply should not be missed. It’s worth the effort. The site ordered us a taxi. It was a five minute car ride to the metro station. The train was coming as we climbed out of the cab so we rushed off and hopped on. Simples! Not quite. Dumb and Dumber strike again. We should have got a ticket from the machine on the platform and it was an unmanned train. Whoopsie! Spent the 20 minute journey worrying we would get arrested by the transport police at the other end. We arrive at Porto Station and casually strolled past the guard who is distracted by a group of noisy teenagers. Result!! Free ride, get in! Phew. Porto is a beautiful City. Very impressive indeed. It’s quite small with amazing architecture. We headed straight down to the River Douro as the guidebook recommended.

It was quite amazing to see the Port Distilleries along the river. All the famous names we’ve seen on our bottles for years and never really wondered where the stuff came from. There are some great River trips to be taken. The old style San Francisco style street car trams scoot up and down and the sea food restaurants along the river are fabulous. Lots of lovely shops too (Mark was scared!!). I was particularly taken by a Milliners called Hats for Cool Cats. Brilliant! 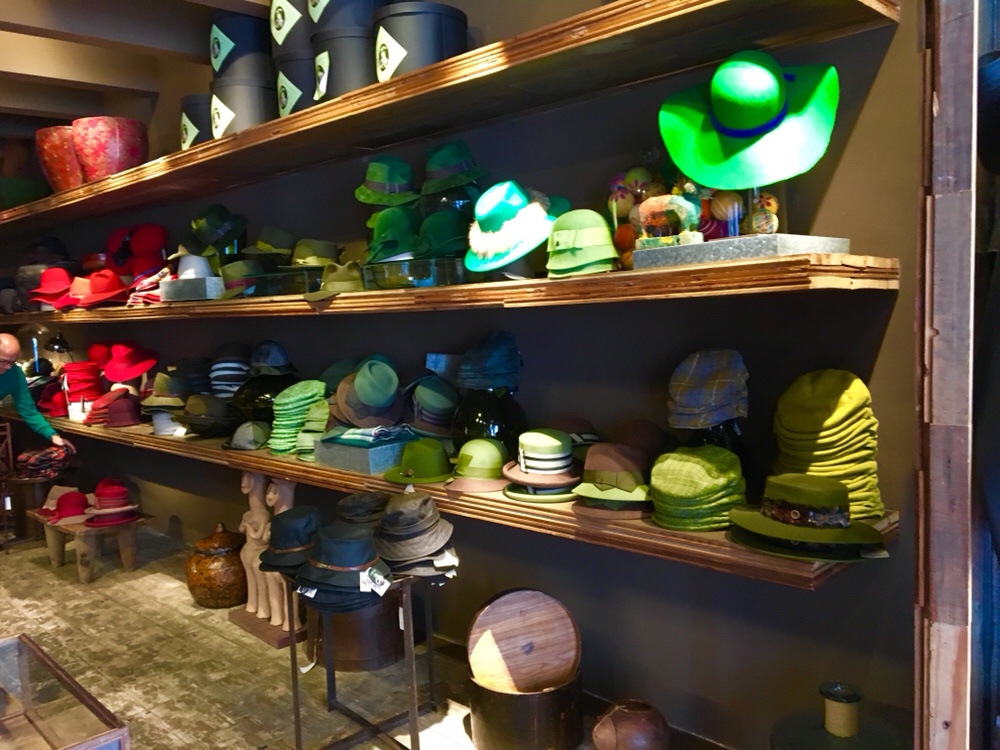 We will definitely spend more time here in the future. Had a wonderful long boozey lunch with a view and then headed back to base, with tickets this time! A thoroughly enjoyable day.

Fast forward back to the present!!! Beach walk done. Collected sea shells, tired the doggie out. Chatted to the folks back home. Time for a cup of tea and a hour with my kindle. Enjoy your Sunday chums. Adios for now. 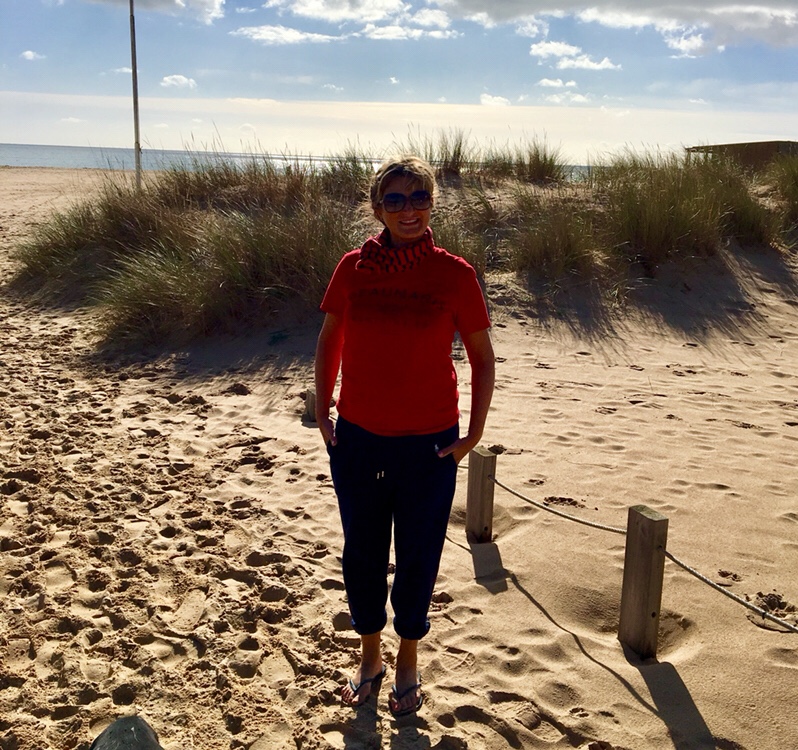